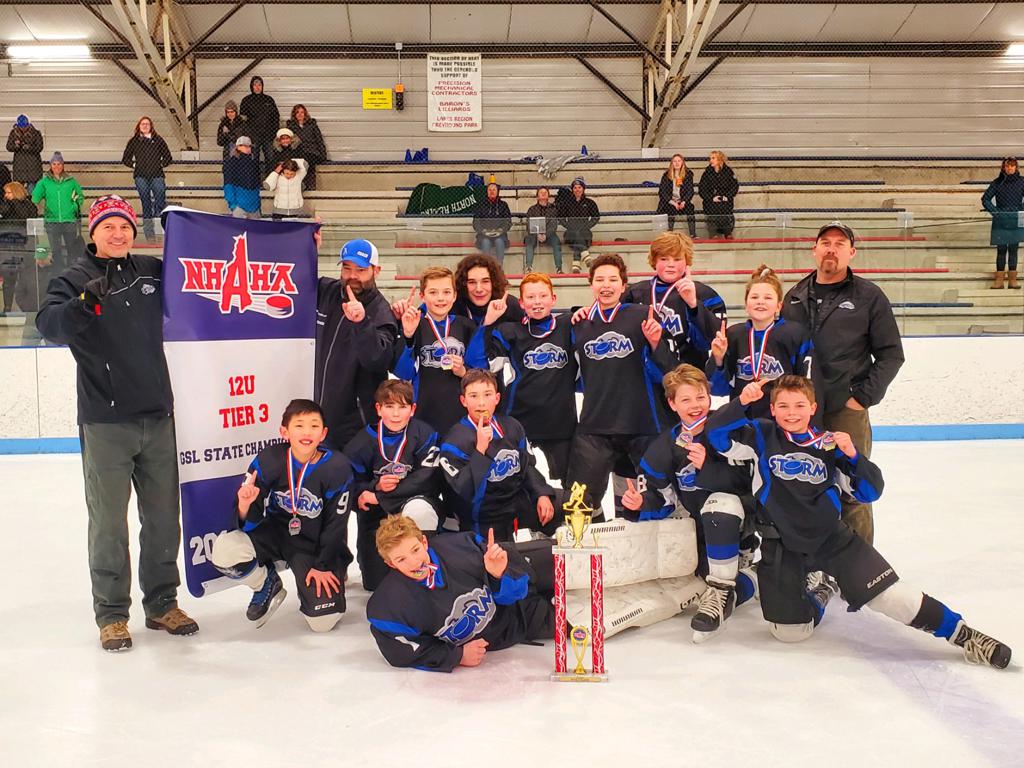 In Laconia, NH the Upper Valley Hockey Association's Tier III U12 team battled through the preliminary round of the State tournament, starting first with a 1-1 tie with Rochester thanks to a Storm goal scored by VJ Sites, assisted by Mason Ballard. In the second game, the team suffered a hard fought 3-2 loss to Keene with goals from Ryder Desharnais and Ronan Przydzielski, assisted from Colin Morlock and Sam McDonnell.

Things heated up on Sunday: the Storm beat the #1 seed, Lakes Region, 2-1 that morning, with Will Hopkins delivering the first goal to fire up the team, followed by the game winner by Colton Gaudette; assist from Mason Ballard. Later that afternoon, the Storm clinched the championship title with a dominant 6-2 win over Keene, paced by two goals from both Colin Morlock and Ronan Przydzielski, and single goals from Reed Ferland and Sam McDonnell. Assists on goals were from Mason Ballard, Madison Barwood, Ronan Przydzielski, Sam McDonnell and Ryder Desharnais. The Storm also received major contributions from Owen Nichols' solid defense and Finn "The Wall" Ware who provided excellent goaltending all weekend long. A total team effort from start to finish.

The Storm will look to build off their success when they travel to Waterbury, Vermont for the New England regional tournament to compete against the top Tier III teams in New England the weekend of March 13th-15th. The Storm was missing one valuable player during States, CJ Gogan, who will be rejoining the team to play in Waterbury.