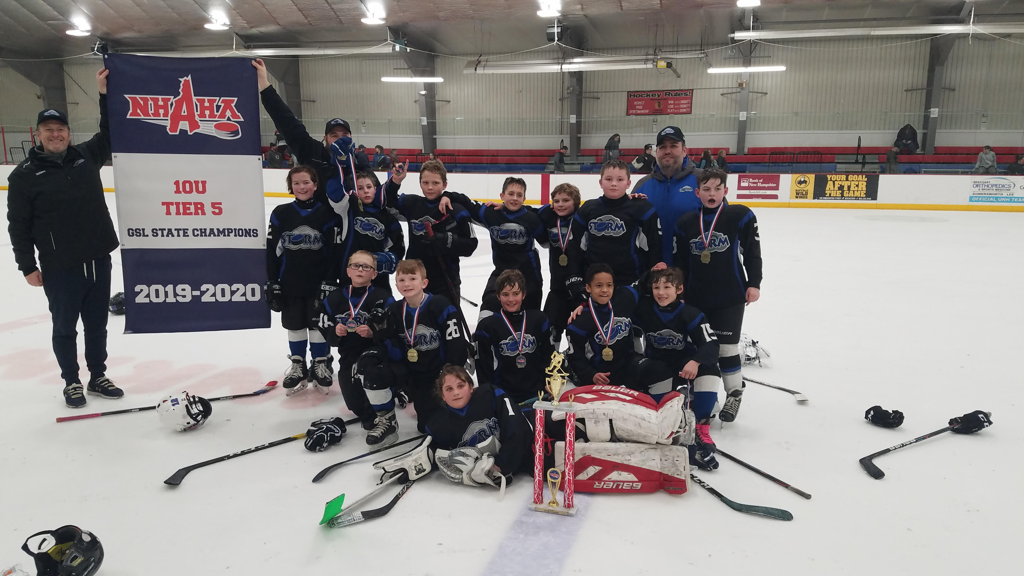 The UVHA's Squirt 2 team are the Tier V Granite State League champions!!! We won our first game of the weekend, beating Rochester 3-2 in a nailbiter of a game. The kids then played the #1 seed, previously undefeated Manchester, Saturday afternoon and won 1-0. We then advanced to play Concord Sunday and won 2-0, earning a spot in the tournament final to face Manchester once again. Manchester came to play, but the kids didn't give up, clinching the title with less than a minute left to play in overtime for a 4-3 victory. It was a great weekend! We look forward to the banner hanging ceremony at the Skate-a-thon on Thursday, March 12th.